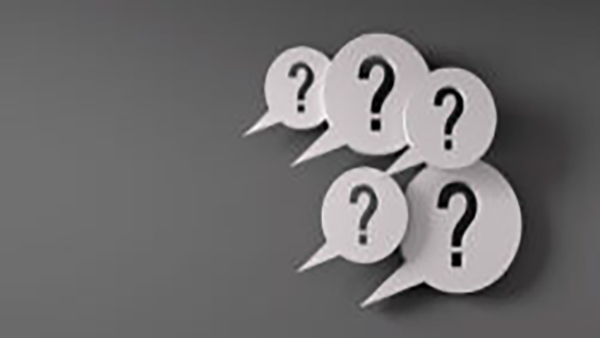 Still confused about the 2018 AAP Periodontal classification. Never fear! The next few monthly columns will review some of the most important updates made to the industry’s global periodontal guidelines to help hygiene teams achieve the highest level of care. Once we have exhausted this topic we will move onto other questions about the process of care. If you have any specific questions you would like answers to, please let me know.

Can you regress a patient’s Stage?
A stage can only regress under one condition: when surgical intervention eliminates a complexity factor like Class II and III furcations or vertical defects. So, if a patient is a classified as Stage III due to these complexity factors and has them surgically repaired, they can regress to Stage II.

I am still confused about how to Grade a periodontitis patient? Can you explain direct evidence, indirect evidence, and Grade modifiers?
Grading helps us, as hygienists, track the rate of progression, the responsiveness to nonsurgical periodontal therapy, and the potential impact of disease on the patient’s systemic health throughout the course of treatment. So, understanding how to accurately grade a periodontitis patient is one of the most vital skills for a hygienist to master. That said, let’s try to simplify the process.
This video file cannot be played.(Error Code: 102404)

Starting at Grade B
Most of our periodontitis patients will fall in the category of Grade B, so clinicians should start with this assumption and then seek specific evidence to shift the patient to Grade A or C, based on clinical findings. That evidence can be in the form of:

There is, however, a factor that trumps both direct and indirect evidence when grading periodontitis: Grade Modifiers/Risk factors, such as smoking and diabetes. So, if a patient is a Grade C due to Smoking >10 cigarettes/day or has a HbA1C >7, they will not regress even if the direct evidence and/or indirect evidence proves otherwise. Grade modifiers help us measure the potential for progression, so the only way these patients can regress is if they start smoking less than 10 cigarettes/day or get their HbA1C down to less than 7. Hence, the question about the patient’s smoking habits and HbA1C (if applicable) should be asked at every appointment. Keep in mind a patient needs to be a non-smoker for >5 years before they are considered a non-smoker.

How has the definition of “localized” and “generalized” changed with the new 2018 AAP Periodontal classification?
The newest global 2018 American Academy of Periodontology (AAP) Classification changed the definition of these terms when describing extent of periodontal disease –and it’s an important distinction. They no longer refer to the number of sites but rather the number of teeth involved. Localized means that fewer than 30% of teeth in the mouth are periodontally involved. The term generalized is used when 30% or more teeth in the mouth are periodontally involved.

However, when using the terms localized and generalized in describing deposit and gingival findings, we still use sites, not teeth, to describe the extent.

A bonus: The new AAP classification added molar/incisor pattern to the extent and distribution category to describe the extent in what was formally known as Aggressive Periodontitis. In addition, when describing extent of a periodontitis patient, the AAP has decided that we no longer describe the periodontal condition or diagnosis as, “Generalized Stage I with Localized Stage II Periodontitis in posterior areas, Grade B. This is categorically incorrect! It is generalized or localized, not both. Period. So, the proper way to describe your periodontal condition or diagnosis in this case is, “Generalized Periodontitis, Stage II, Grade B”, since 30% or more teeth have been affected by periodontitis. The stage was determined by the site of greatest CAL or RBL interdentally, which in this case was Stage II.